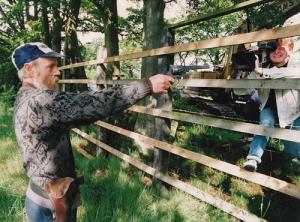 Allegedly, Mr Collinson orchestrated the public humiliation of Albert Dryden when he created a ‘circus’ atmosphere by inviting TV crews, photographers and reporters to be present when the council arrived to demolish the building that he had constructed without planning permission.

In the face of such indignity, and driven to ‘breaking point’ Albert Dryden shot Mr Collinson dead when the Council moved in to demolish his building. The drama was caught on film by the camera crews and the televised report can be seen by clicking on this link: Albert Dryden shoots planning officer

Chief planning officer Harry Collinson arrived at the property of Albert Dryden to tell him it was to be demolished after a long-running planning dispute.

Albert Dryden opened fire and shot the officer in the heart at point-blank range. Shortly after, he fired another shot into his chest and also blasted him through the head as he lay on the ground, in front of fleeing reporters, council workers, and police officers.

Also a police officer was shot in the buttocks and a television reporter in the arm, before he was finally arrested by armed officers. 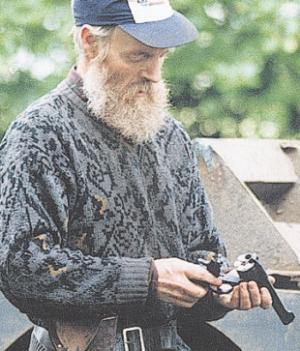 Of course this case was not as straightforward as the press made it appear, because at his trial it transpired that Albert Dryden had been victimised, humiliated and degraded by planning officers over a long period of time. It was revealed that a reporter was pressurised not to publicise details of the victimisation of Mr Dryden because the planning officer was a friend of the Chief Constable of Durham, and a brother Mason. The reporter was also asked not to mention that a judge occupied land neighbouring Mr Dryden’s land and either objected to Mr Dryden’s development or coveted his land. 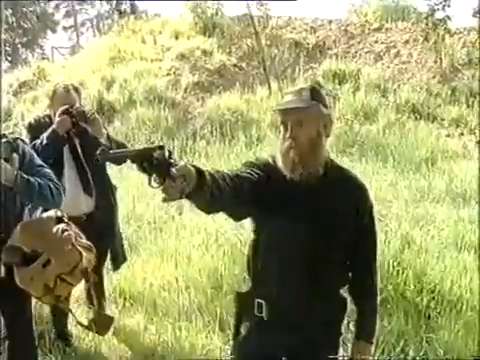 Albert Dryden is quoted as saying that “Collinson was determined to have me off my land and put me in jail if he could. He was greatly influenced by people higher up”.

A close friend, John Snowdon, said “The council pushed him over the edge… he was a quiet bloke until they provoked him”

Both the police and the council came in for severe criticism for their handling of events leading up to the killing.

More recently, in 2017, Albert Dryden suffered a stroke and was released from prison on compassionate grounds. He died in a residential care home in 2018 aged 78.

I can personally identify with a lot of the above as Dover District Council carried out similar humiliation on not only me, but my partner and our two children too; over a period of many years. Also on a number of occasions, along with the usual threats and intimidation, Dover District Council officers would remind me of how unpleasant prison would be for me.

I don’t believe that the killing of somebody was justified in this particular situation, and no normal-thinking person would condone what Albert Dryden did. On the other hand, no normal-thinking person would believe the level of corruption that exists within a local authority; until they fall foul of them. Every single district Councillor is well aware of Dover District Council’s wrongdoing in my case, yet not one of them has the backbone or integrity to speak out about it. So, from personal experience I can understand how someone facing the demolition of their property might become unhinged, or driven to extreme measures.

Dover District Council have unjustly harassed me, and deprived me any semblance of a normal home life for over 34 years; half of my life! So I certainly have had unpleasant retaliatory thoughts about certain individuals on Dover District Council, but ones reasoned mind controls those ‘thoughts’ to prevent one acting upon them. But it only needs that slight bit of extra stress to trigger a reaction and those ‘thoughts’ could easily become a reality, so I can certainly understand how someone could be driven to take drastic measures. One should never underestimate what a person is capable of, when they are backed in a corner and believe they have nothing more to lose.

It’s important to recognise however that my case, although similar in some respects, is very different to the Albert Dryden scenario. He had, quite wrongly, built a structure without planning permission on virgin land. It was not his home, and on the actual day it was due to be demolished it housed a few goats and some chickens. Whereas my alleged breach occurred on existing residential land, upon which a bungalow had existed and been used solely for residential purposes, lawfully and continuously, since 1928.

And at the time the council demolished our bungalow and made us homeless it was of course the home of my partner, myself and our two children, and also where we had lived continuously for five years prior. At no time did the Council show one iota of concern for the distress they caused to our children as they were led out of their home.

And to add insult to injury Dover District Council stated publicly that they were not obliged to provide accommodation for us because we had ‘made ourselves homeless’.

For evidence of the continuous residential use see History