Dover District Councillors voted to take enforcement action to remove my home, my garden shed and greenhouse. The decision was made in a secret meeting, which I was barred from attending. Their secret procedures are archaic and almost certainly a breach of Article 6 of the Human Rights Act 1998, which guarantees the individual a legal right to a fair hearing. So much for ‘democracy’ in modern day Britain.

The original action by Dover District Council, when they destroyed my bungalow in 1989, was unlawful and therefore it follows that every action that the council has taken against me since, is also unlawful.

Councillors are still making perverse decisions based on incorrect and misleading information, presented to them by officer’s who are obviously trained liars. However, they can no longer claim that they are not liable because they will now be aware, having been put on notice, that the original decision was flawed.

If you would like to read a more detailed version of what led to this action, including the Council’s secret meetings, their failure to reply to correspondence, the ‘lost’ documents etc, then please click here.

This latest enforcement notice also includes a requirement that I remove the gravel drive, which DDC wrongfully claim I have created. However the driveway has always existed and I have explained this to the Council repeatedly. The last time was on the 27 December 2005 when I wrote to Tim Flisher:

…………………With regard to your letter of 19th December 2005 and in particular your reference to the ‘gravel drive’ I am at a loss to understand why this has been specifically referred to within the intended enforcement notices it is proposed to serve. The long-standing, lawfully existing driveway is not in dispute. Over the years, since I first purchased my bungalow in 1984, various types of shingle have been applied to the surface of my driveway. Upon returning to my home in June 2002 I simply renewed the shingle and this is how it remains. As far as I am aware this simple action would not require planning permission to be obtained and I am therefore seeking clarification as to why specific mention is made of it in the summary of your proposed action………..

Tim Flisher replied with an E-mail which stated:

…”I will, of course, arrange for what you say concerning the driveway to be considered. The Committee has authorised action to include it, but that does not automatically mean that its removal will be required. If it can be demonstrated that it existed at least 10 years ago and there has been no material change in the interim, then action is most unlikely…

Despite Mr Flisher’s feigned reasonableness and the indisputable evidence of established use, he went ahead with enforcement action anyway. But from previous experience I knew he spoke with a forked tongue.

The photographs below prove conclusively that the Council are wrong. Again!

This photograph shows how the driveway looked in 1985:

The photograph below  shows how the driveway looked in 2007; hardly any noticeable difference, except of course that the Council had destroyed the bungalow by then: 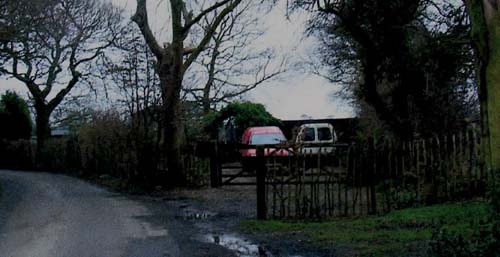 Dover District Council’s attitude seems to be, to take action first and if wrong just LIE to avoid the consequences.

If you would like to read a more detailed version of what led to this action, including the Council’s secret meetings, their failure to reply to correspondence, the ‘lost’ documents etc, then please click here.